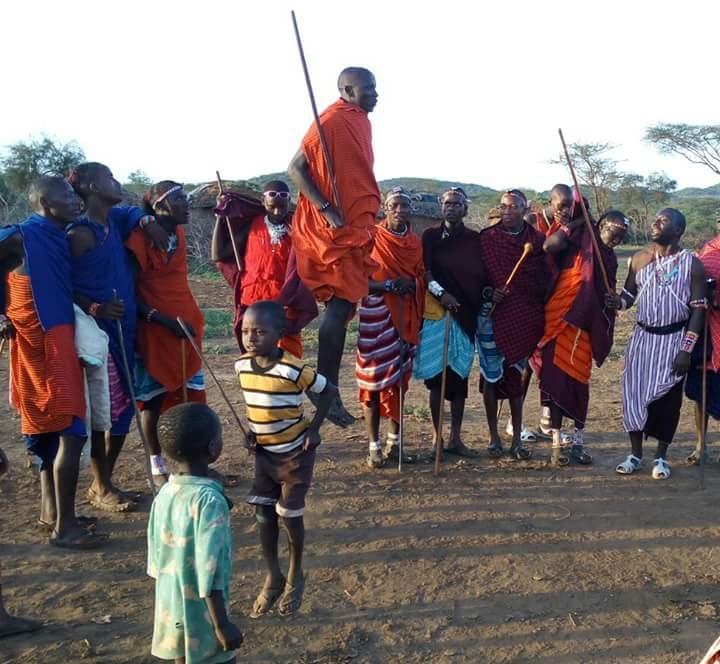 Mr Odhiambo, who formerly worked with the United States Agency for International Development, (USAID) said he had developed an aggressive but friendly approach to fighting FGM as he had learnt a lot since 2010 when he was posted to the area.
In an interview , Mr Odhiambo said his passion arose after he realized many young lives were being destroyed due to the FGM practice which ensure women would never rise beyond the ‘kitchen’.

Five years later, Mr Odhiambo vividly recalls a particular incident that pains him to date;
They had just retired for the day when they received a call that there was a dying 13year old expectant girl who had been rescued from Tanzania a few minutes after she underwent the cut.“We drove to the border area and received the girl but the bad weather made the roads impassable and the girl died from excessive bleeding before reaching hospital.No one was arrested or punished for her death,” he says.
After the disturbing incident, Odhiambo vowed to do something that will put an end to the barbaric practice that kills and denies young girls opportunities for a better future.
He quit his work and together with a few more youth from the county formed a community based organization named ‘Network of Youths in Action’ (NOYA) .
They organized for inter-school and community outreach programmes where they used comedies, skits, folk songs, theatre and dances to teach girls on the effects of FGM.
Still, he did not see any change, girls dropped out of school, girls got pregnant forcing them to get married off to old men. He realized that it was not the girls that made decisions but their male parents as women in the Maasai community have no ‘voice’. His messianic approach to save these young generation from this cruelty was met with a lot of resistance from men who viewed him as an outsider claiming  he was ‘poisoning’ the young girls.

Odhiambo slowly penetrated groups of ‘Morans’ (Morans are Maasai male teenagers/warriors) by attending their weekend evening feast of ‘Nyama choma’ (roast meat) and even sipped raw blood from bloody gourds. He chatted many nights away with the morans and was soon assimilated into their weekly feasts where he donned their red coloured ‘shuka’ and adopted to the culture.
He quickly started a program targeting the Morans called ‘Morans for Girl Child Education and Empowerment, (M4GEE). The program was aimed at training Morans on the effects of FGM and the importance of educating girls. The Morans became champions, Anti-FGM ambassadors and the security that curbs cross-border FGM. In 2013, NOYA started aggressive community outreaches using magnet theater whereby they use drama and skits to educate the community.
Early this year, to mark Zero Tolerance day to FGM in February, they held a Moran festival , a festival that brought together all the Morans and the Maa community where messages to end FGM were propagated. T he festival was also meant to raise funds that would go to education of the young girls. Francis admits that there has been a significant drop in FGM cases in this comminity.

He acknowledges Alice Masinte who is a key ambassador for NOYA projects. The only challenge was in the beginning when he received so much resistance. He has over a period earned trust from the community and has also created dialogue with the necessary policy makers in Kajiado county.

In addition, Francis is an artist. He records and sings music with messages that urge communities, country and world at large to abandon FGM. His advocacy through music is bearing fruits as he also gets opportunities to perform during Anti-FGM festivals and events.

Francis does not even come from this county but lives, works and relates quite well with a people that he can hardly speak their language. Francis was born and raised in Kisumu, a region that hardly practices FGM. He urges fellow men to be the voice of change since Kenya is a patriarchal nation.

Currently, he is a member of the Kenya Youth Anti-FGM Network- a national Anti-FGM Youth movement that has recently been formed by the youths from the different FGM practicing communities in Kenya.

2 thoughts on “Francis, a young male who vows to end FGM in Loitoktok”